A home from home
Forum rules
Welcome to FTN. New posters are welcome to join the conversation. You can follow us on Twitter @FlythenestHaven You are responsible for the content you post. This is a public forum. Treat it as if you are speaking in a crowded room. Site admin and Moderators are volunteers who will respond as quickly as they are able to when made aware of any complaints. Please do not post copyrighted material without the original authors permission.
Locked
76 posts

All being well 'er indoors will be, again, indoors today...

Shocked by this I was, really...


Michael Eboda
@myklee1
I know the type of person the govt wanted on their race commission because with my deep knowledge of senior black UK talent, I was asked by No 10 to recommend people for it. None of mine got in and No 10 later admitted they considered only people with a particular mindset on race
2:08 PM · Apr 1, 2021 from Bromley, London·Twitter for iPhone

I heard a former Met superintendent on Today earlier - sounds like the consultation process was a shambles, some of the people he was on a Zoom call with shouldn't have been there and were removed, and the two commissioner started arguing amongst themselves. And again, he mentioned the lack of diversity of thought in the whole thing.
If I'm not here, then I'll be in the library. Or the other library.
Top

Never really got the hang of Easter, but am happy to have a few days off
LET'S FACE IT I'M JUST 'KIN' SEETHIN'
Top

three steaks pam
@alexandrakuri
lolol boris johnson was asked why people in hartlepool should vote tory and he said because we spent £3.5m on the local hospital. turns out he was referring to a hospital in a different constituency and hartlepool’s hospital lost its a&e department to tory cuts

Labour candidate Paul Williams had a rant about this as well.

I'd be very, very surprised if you could find anyone in Hartlepool who didn't know Johnson was lying, because the local hospital has been in the news for years. As North Tees, where the 3.5m went, is showing its age, local NHS had a plan to build a 'super-hospital' and close both North Tees and H'pool General, they never got funding for it and as you can imagine it was very controversial indeed.

They know he was lying and a good number of them will vote tory anyway, that's where we are.
One world, like it or not - John Martyn
Top

I'm slightly more optimistic, people will surely be more bothered when Johnson's lies affect them personally rather than just other "undeserving" people.
"IS TONTY BLAIR BEHIND THIS???!!!!111???!!!"
Top


But this is where we are. Every time some cabinet minister rushes eagerly to the frontline of the culture wars, they are espousing a politics indistinguishable from that of a preposterous tit having a midlife crisis. Yet still they rush. It is beginning to feel as if the government wants a culture war more than anything.

and look what popped up earlier...

Tom Hunt MP
@tomhunt1988
The flying of the Union flag should be compulsory for all schools. If any pupils and teachers have concerns about this then surely they can be “educated” about what the flag actually represents. Flag of United Kingdom belongs to every single British person.

tinyclanger2 wrote:Let's ban nationalism in favour of a united species of planet earth.

The idea has been around for almost as long as civilisation itself, just never that many takers.
"IS TONTY BLAIR BEHIND THIS???!!!!111???!!!"
Top

I'm not religious but even I know this is a bit tasteless..

And I have 'er indoors back indoors and reasonably OK.
If I'm not here, then I'll be in the library. Or the other library.
Top

Here's that former Met officer I heard this morning.


“It was a Fawlty Towers-like experience. We were told it was going to be ex-BAME police officers. I turned up and it was youth workers … a whole hotchpotch of individuals,” he told BBC Radio 4’s Today programme.

“We raised concerns that we ex-police officers talked about and then they stopped the meeting [and] got rid of some people who were not supposed to be on there.”

Total shambles.
If I'm not here, then I'll be in the library. Or the other library.
Top

Statement from the Commission on Race and Ethnic Disparities

https://www.gov.uk/government/news/the- ... -statement" onclick="window.open(this.href);return false;
If I'm not here, then I'll be in the library. Or the other library.
Top

"I pledge allegiance to the children and to the land on which they stand. Ground and sky are never separated but always one with fair play and holidays for all."

revision of the US pledge of allegiance
Top

The word liberty comes before the word justice in the US pledge of allegiance and I object to that because without equity no one can be free.
Top

Get the coronavirus vaccination as soon as you can.
I've had some achy and feverish side effects from the vaccine as well as a sore arm but I'm much better now.
Top

It's almost a full year since we've lost HindleA.
Top

Well mine was AZ (which some are worried about) a week ago. Felt a bit groggy the day after (not at all uncommon) but since then absolutely fine.
"IS TONTY BLAIR BEHIND THIS???!!!!111???!!!"
Top

Did I make a mistake?
I meant the COVID-19 vaccination.
Top

When was the last time anyone had a tetanus booster shot? I think we're supposed to have those every ten years.
Top

He and LadyCentauria apparently shared the same birthday. Of course, they now have something else in common too.
"IS TONTY BLAIR BEHIND THIS???!!!!111???!!!"
Top

He and LadyCentauria apparently shared the same birthday. Of course, they now have something else in common too.

RogerOThornhill wrote:---
And I have 'er indoors back indoors and reasonably OK.

I don't watch that. I prefer BBC1's version - Pro-Celebrity cap-doffing.

Did I make a mistake?
I meant the COVID-19 vaccination.

I understand what you meant now.
I've got a batch number for the AZ CV19 vaccination injection in the information packet.
Top

AnatolyKasparov wrote:Well mine was AZ (which some are worried about) a week ago. Felt a bit groggy the day after (not at all uncommon) but since then absolutely fine.

I booked my shot early Sunday morning and was in and out of a nearly deserted area within ten minutes. I don't go out so it's not likely I'd caught the virus from someone. I was uncomfortable for several days, aches, chills, on/off fever but nothing to make me afraid of having the second one.
Top

I wonder if they've considered "it's all lies"?
Top

This is possibly the scariest thing i have ever read.
LET'S FACE IT I'M JUST 'KIN' SEETHIN'
Top

That report really is the gift that carries on giving...


Luke Shoveller
@LukeLJB
In the Sewell report, sandwiched between ‘Class B Drug’ and ‘EBacc’, is a new definition of ‘Cultural Capital’.

Like Ofsted’s definition, it is wrong. CC, if it exists, is a mechanism that inhibits ‘social mobility’.

Did they rush this report out to draw attention from anything else?
If I'm not here, then I'll be in the library. Or the other library.
Top

This seems to be in front of a paywall right now.

Worth reading - Jeremy Haywood does not come across well in this.

Paying suppliers quicker is really easy - you just stick their payment terms into the master data onto your system, do a payment run and it picks up all invoices that are due for payment! You don't actually need anything else to get in the way.
If I'm not here, then I'll be in the library. Or the other library.
Top

I see Jon Oddwhore (4, 7) is getting well deserved stick for his challenge to ministers who aren’t taking full advantage of Brexit.
Top


The chairman of the controversial review of racial disparities drew up plans to introduce a new compulsory school subject to teach children “the truth” about modern Britain, the Observer has been told.

Tony Sewell suggested that an official textbook would be deployed in all schools as part of the new course. According to sources involved in the discussions, he said that the idea had been successfully deployed in Russia. 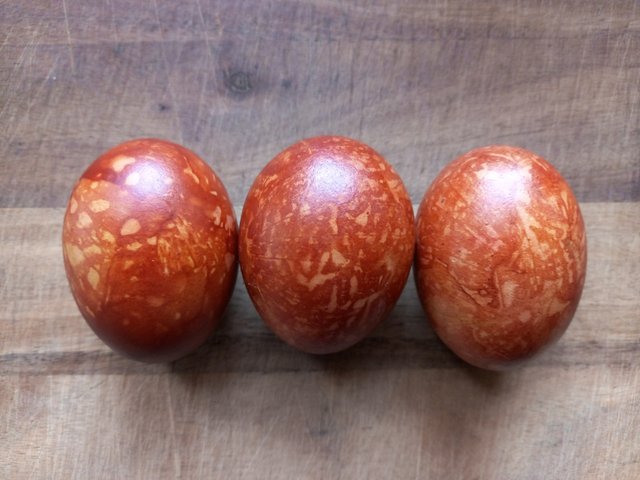 I'm off to roll these down a hill and eat the remains if they don't completely explode.
Top

This is possibly the scariest thing i have ever read.

Her Tweet is so batshit crazy it got a response from Kevin Sorbo! She's hit the big time!

"Mrs Morrissey, as an executive director of the Foreign Office how have you furthered the interests of the United Kingdom this week?"

"Well, I got a response on Twitter from someone who used to play Hercules on TV in the 90's who recently got publicly humiliated by Xena Warrior Princess after he claimed Antifa were storming the Capitol Building and became a laughing stock."

"I see, jolly good, here's £50,000, you'll get another 50 grand if you can say something so unutterably stupid it gets a response from Rudy Jiuliani."
Top

I wonder if they've considered "it's all lies"?


Rosamund Urwin
@RosamundUrwin
Louise Ellman, a Jewish former Labour MP who was a member of the party for 55 years and resigned over anti-semitism, is set fo rejoin. Me with @cazjwheeler in today’s @thesundaytimes

Two of the eggs behaved themselves, the shells cracked a bit on the way down the hill and after scraping a bit of dirt off I was able to eat them. The other one divested itself of its shell entirely on the way down, bounced off a hummock and flew into a child's pushchair whereupon it burst into pieces. Fortunately the child's mother was a good sort and we had a laugh about it. You're supposed to roll eggs on Easter Monday but it's meant to be freezing tomorrow so sod that.
Top

Thanks for all the posts. The political ones are great, but the SGO’s egg roll calamity wins the day

I helped a bloke who lives upstairs yesterday with a drinks cabinet he'd got from somewhere which still had some bottles in it. One was an unopened bottle of Taylor's 'crusted' Port from 1973. I told him it was probably worth a bit of money so not to open it but he's payed no attention and has just been round in a very merry mood offering me a glass. It was extremely tasty and probably the most expensive drink I've ever had. For free.

I wonder if I should tell him.
Top
Locked
76 posts

Return to “The Daily Politics”