A home from home
Forum rules
Welcome to FTN. New posters are welcome to join the conversation. You can follow us on Twitter @FlythenestHaven You are responsible for the content you post. This is a public forum. Treat it as if you are speaking in a crowded room. Site admin and Moderators are volunteers who will respond as quickly as they are able to when made aware of any complaints. Please do not post copyrighted material without the original authors permission.
Locked
25 posts • Page 1 of 1 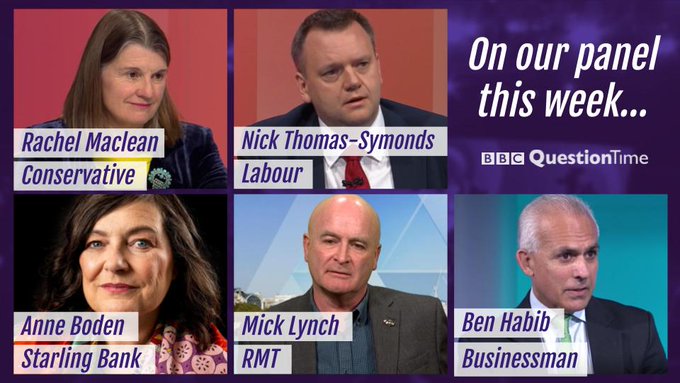 Rachel Maclean (who?) has drawn the short straw this week.
One world, like it or not - John Martyn
Top

Rwanda is a brutal, repressive regime. Holding the Commonwealth summit there is a sham Michela Wrong

Wouldn't it be a beautiful irony if the fatal blow was dealt today of all days? 6 years to the day after the wanker ruined this country.
Top

Tories chose today for the byelections hoping some of the reflected "glory" of 6 years ago would still rub off on them.
"IS TONTY BLAIR BEHIND THIS???!!!!111???!!!"
Top

I want to watch Outlaws but find it too stressful.
Any tips that don't involve Vermouth?
LET'S FACE IT I'M JUST 'KIN' SEETHIN'
Top

Are GP practices labelled as being independent as opposed to being owned by some exterior capitalists ?

I bet Mick Lynch and Ben Habib get on like a house on fire tonight, what with both of them being unrepentant brexit supporters.
Top

Tbh there are few things I could currently care less about than how people voted in an increasingly historical 2016 referendum.

I think Lexiteers were and are pretty deluded, but at least most of them would probably get behind EFTA or something similar.

Very true, unless brexit happened at the event horizon of a black hole where from the point of view of an outside observer it would be trapped in time forever smeared across a vast expanse of nothingness...so a bit like living in Kent.
Top

QT this evening came from Stratford upon Avon, famously the birthplace of England's finest Tory wankers and weirdos after tonight. Any previous claim to fame shamed and written out of an increasingly historical history by some discontented ghost bard. Honest to god what's been going on there? Some kind of sick experiment? It was like watching a Seventies episode of Doctor Who. If I ever go there I'm taking a really long stick just to poke people with to keep them at a distance.

For the RMT we had the hero of the hour Mr Mick Lynch! Mick, as we know, has been making a bit of a reputation for himself this week making short work of his hapless opponents, but tonight he faced his sternest task, facing the conservative freaks of the West Midlands, and it did not go well. From pompous, shouty halfwits who thought running a small business was the same as running a national rail network to confused imbeciles who seemed to think redundancies were an unfortunate natural phenomena like volcanoes, Mick was assailed from all sides. Fortunately his sangfroid, which outwardly takes the appearance of mild sardonic irritation, remained intact throughout and he was still joking at the end so while he might not have conquered all before him I think he'll go home happy.

For the Tories we had Rachel Maclean. Rachel's not like your Raabs or your Patels. She isn't anyone's fool. She knows exactly what she's doing which makes her much worse. There's no lust for power, just a belief that she and the political beliefs she holds are unneringly correct, and if anyone questions either you'll get a stern look. If she wasn't a tory politician she'd be running a private girl's school in the increasingly historical past. I can just see her organising a picnic at some local rock formation then when some of the girls go missing covering it up and sternly telling anyone investigating to stop being so silly.

For Labour we had...erm was there a Labour panel member? Oh yeah it was Nick Thomas-Symonds. Nick might as well have not bothered turning up. Just a complete waste of everyone's time and effort.

For supporters of the increasingly historical brexit we had Ben Habib. And I was right, Ben was Mick Lynch's best friend. We had the peculiar spectacle of a low tax/regulation nutjob laying into the tories about low public sector pay and taking Mick's side, like his weird fake tan wingman. Which I thought might happen. What I said above wasn't a joke, the brexit left and right share the same delusions about brexit magically raising wages and conditions for the working class, and despite the gulf between them about how that should come about, they have more in common with each other than with you or I.

For waving your arms around we had Anne Boden. She seemed nice.
Top

Apologies if that wasn't up to my usual standard but my mums's been taken to hospital and I've not had a lot of sleep.

It's a bugger.
Top

Very true, unless brexit happened at the event horizon of a black hole where from the point of view of an outside observer it would be trapped in time forever smeared across a vast expanse of nothingness...so a bit like living in Kent.

Anyway for anyone else waiting for the by-election results with their windows open desperately trying to get a bit of fresh air in while getting stoned I give you...

Sky'sGoneOut wrote: ↑Fri 24 Jun, 2022 1:54 am Apologies if that wasn't up to my usual standard but my mums's been taken to hospital and I've not had a lot of sleep.

Return to “The Daily Politics”